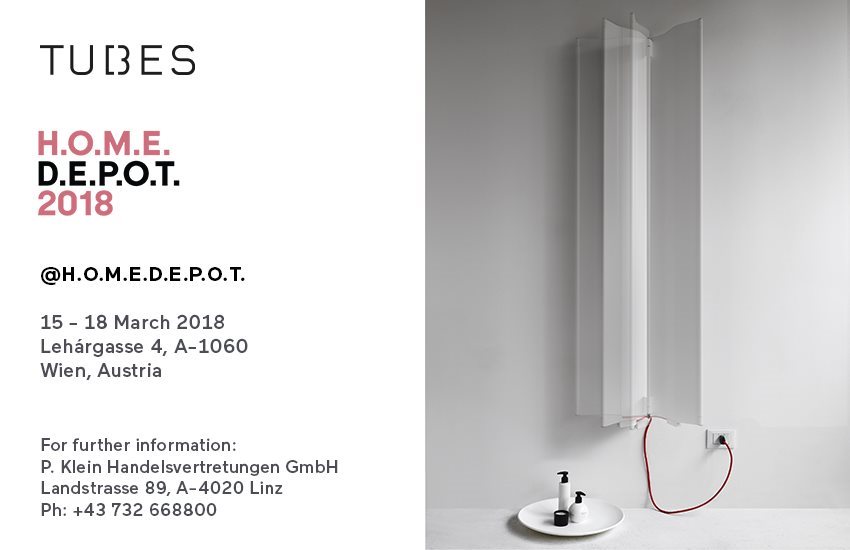 This year too, Tubes confirms it will be attending H.O.M.E.D.E.P.O.T., the annual trade fair dedicated to interior design organised by Austrian magazine, H.O.M.E.  .

Tubes will be among the stars of this prestigious event, scheduled to be held between 15th and 18th March 2018 in Vienna, in the charming 19th Century location of the former theatrical depot, Semper Depot.

Within the fair, Tubes will be illustrating one of its major new products: in fact, Origami, the new plug&play radiator designed by Alberto Meda, will be displayed in the wall version.

There will be also others amongst the most significant radiators belonging to the Elements collection such as Soho Bathroom Version and Rift – design Ludovica+Roberto Palomba with Matteo Fiorini – and Scaletta – design Elisa Giovannoni – the plug&play towel rail presented in its free-standing version, on this occasion.